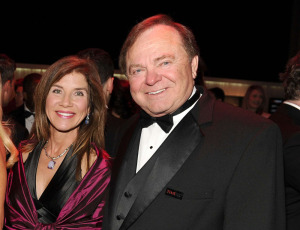 Sue Ann Hamm, ex-wife of oil tycoon billionaire Harold Hamm, just won one of the largest divorce settlements in history, netting her a sum of $1 billion.  However, she’s claiming it’s not nearly enough, and plans to appeal the decision.

The settlement recently came to a conclusion, and Sue is claiming that the amount awarded is “not equitable.  According to her attorney, she is disappointed in the outcome of the case.  After having faithfully stood by her husband for 25 years and even dedicating her own time and talents to the company, she believes $1 billion isn’t anywhere near a fair awarding of the CEO’s $13.5 billion stake.

The divorce settlement awarded Sue Ann Hamm $995 million, as well as additional assets that equal tens of millions of dollars.  The payments are to be spaced out over a period of eight years, with the first sum of $322 million to be paid by Dec. 31 of this year.

Harold Hamm is the CEO of the energy company Continental Resources, owning more than 68 percent of the company’s stock, which has an estimated worth of about $13.5 billion, down from the stake’s worth of $18 billion before the trial began in August.

The appeal could take anywhere from 18 months to several years to fully play out.

If you are considering divorce, the first thing you do, even before the initial filing, is find a skilled divorce attorney to represent your case.  Any number of factors could be detrimental to your side of the case, taking chunks of your property out of your hands and awarding them to your spouse.  A divorce attorney would have the knowledge of prior cases to know exactly what to look for and how to secure as much of your property as possible.

Call us today to speak with one of our experienced divorce attorneys so that we can begin building a strategy for your case.