Home » Uncategorized » Caesars Control Over Bankruptcy is Almost Up, Gains Another Month Before Investigators Set Loose

Caesars Control Over Bankruptcy is Almost Up, Gains Another Month Before Investigators Set Loose 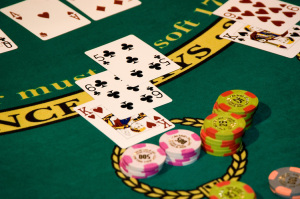 The operating arm of Caesars Entertainment Corp has been chugging its way through a highly-scrutinized bankruptcy, with creditors ranging from the senior first-lien holders down to the smaller junior creditors all watching and waiting for their chance to dip their fingers in the honeypot.

Since the start, however, many of the creditors have been skeptical of Caesars’s business maneuvers, with many claiming that they were being duped by the corporation and that it moved key assets out of reach before the bankruptcy began.

With a host of creditors breathing down its neck, Caesars had asked for an extension to its exclusivity in proposing a restructuring plan until November 2015.  The lien noteholders, however, were opposed to this plan entirely.

With the smell of poison in the well, the noteholders had demanded that they be allowed to have independent investigators probe Caesars pre-bankruptcy business maneuvers.  The Judge determined that they had the right to do so, but they had to wait until the wolves were set loose.

With this most recent ruling, however, Caesars’s hopeful request to a 6-month extension was denied, and they have instead been given a solid month before the creditors begin their investigation.

When May 27, 2015 rolls around, Caesars’s business dealings will no longer be hidden behind the veils of corporate privacy, and every last creditor will know if they did, in fact, jettison their main assets from the sinking ship that’s now undergoing Chapter 11 bankruptcy.

If you are considering bankruptcy, you should also consider hiring a bankruptcy attorney.  While it’s completely possible to file for bankruptcy without an attorney, the wisest decision would be to have a legal expert involved in the matter to ensure that every inch of ground is covered.

Don’t put the future of your estate on the line, contact us today to speak with a professional bankruptcy attorney.