Consequences of a DUI Conviction 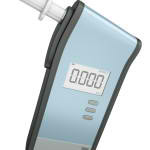 The state of Tennessee considers both driving under the influence (DUI) and driving while intoxicated (DWI) to be serious criminal offences, and has taken measures to seriously punish any such offense.  The state of Tennessee has set out exact consequences for driving while intoxicated, which can vary in severity depending on factors such as if any past offences have been performed, the amount of alcohol in the driver’s blood, and if any minors were involved.

Consequences for a first offense DUI

If a minor is present (a passenger under the age of 18 years old), the driver instantly gets mandatory jail time between 2 to 20 years, depending on criminal history.  If a minor is killed in a DUI incident, the sentence is bumped up to 8 to 30 years of jail time.  Both cases involve the loss of the driver’s license.

At Turner Law Offices, P.C., we take defending DUI cases seriously!  In a case of a DUI or DWI, the prosecutor isn’t an individual, but the state itself, and can thereby surmount a strong case for its prosecution.  Don’t take the chance of having these heavy consequences heaped onto you, schedule an appointment with an experienced Clarksville DUI defense lawyer today to secure your rights and your freedom.  Request Free Initial Consultation Online or call our office to schedule your in person free initial consultation with one of our experienced DUI lawyers.