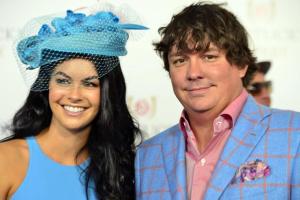 PGA golfer Jason Dufner and his wife Amanda are bringing their 3-year marriage to an end after divorce papers were filed in a Jefferson County court in Alabama.

According to the documents, the two had been living separately since February 17, and Amanda felt there was no way to repair the relationship.  In her initial filing, Amanda cited that there had been an “irretrievable breakdown of the marriage,” and that the two had a “complete incompatibility of temperaments.”

The two married in May 2012, and the divorce filing happened merely a day after Jason tied for 24th at the Valspar championship. The final ruling of the divorce is set for later this month.

From the split, Amanda is expecting to receive a gross sum of $2.5 million, and Jason will get to keep the two houses, one of which is under construction on a 46-acre lot, in Alabama.

If you feel like it’s time to break thing off with your spouse and go your own way, the last thing you want to do is enter the courtroom unprepared.  Even though you may hope that the divorce remains uncontested, there could always be that one trigger item that starts a fight.  If that should happen and you don’t have an attorney, you’re vulnerable to lose everything.

Instead, you need to be prepared, even before the initial filing for divorce.  Our attorneys are divorce specialists here to help you make the right decisions and protect your rightfully-deserved property.  Don’t go into the courtroom alone, call us today.