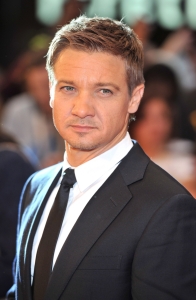 10 months ago, Avengers star Jeremy Renner married Sonni Pacheco in a secret marriage that wasn’t confirmed until September.  Recently, however, it seems things have taken a turn for the worse, and now the two are on the path to divorce with less than a year of marriage behind them.

Pacheco was the one who initially filed for divorce, citing irreconcilable differences, and from the look of it, the divorce will more than likely become heated.

In Pacheco’s divorce filing’s, she’s asking for passport, birth certificate, and social security card to be returned to her, claiming that they had been stolen.  Additionally, she’s asking to have it all when it comes to the splitting of the property, child custody, and alimony.

In the filing, Pacheco claims that they have a prenuptial agreement, but she insists that it be discarded, claiming that it was based on fraud.  However, she never actually details what that “fraud” actually is.

She also asks that she have complete custody of their 1 year old daughter, Ava Berlin, as well as spousal support, claiming Renner should pay her rent and moving expenses.

There is no response from Renner’s side of the case at this time.

If you are thinking about getting a divorce, our best advice to you is to find an attorney before things turn sour.  It’s always best to be prepared, and when legal matters are involved, that guideline becomes a full-fledged necessity.

Don’t wait another day, call us to speak with an experienced divorce attorney and start building your side of the case right away.