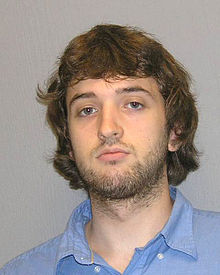 The attorney for a convicted terrorist support has appealed to a three-judge panel of the 4th US Circuit Court of Appeals to reopen the case of his client’s parental rights lawsuit, claiming that the earlier judge’s dismissal of the case as “frivolous” wasn’t fanciful, and it had been supported by many legitimate documents.

Zachary Chesser was imprisoned in 2010 for threatening violence against the creators of the TV show South Park for cartoons he felt insulted the prophet Muhammad, as well as for attempting to support terrorist groups.  He had attempted to leave the US and join the al-Shabab terrorist group in Somali, taking his baby son to the airport with him in order to reduce suspicion.  His wife, Proscovia Nzabanita, daughter of a Ugandan diplomat, had also been forced to leave the US for lying to investigators about her husband’s behavior.

During the case, custody of Chesser’s baby son had been given to his mother, a move that Chesser and his wife disapproved of because his mother and her partner did not share their conservative Islamic values.  Chesser had filed a parental rights lawsuit, seeking repayment for monetary damages rather than custody, because he claimed the FBI invaded his privacy by listening in to his prison conversations with his wife about taking their child out of the US and raising him in Jordan.

US Judge Liam O’Grady heard the case, and dismissed the lawsuit as “frivolous.”  Chesser’s attorney is now arguing that the case needs to be reopened because Judge O’Grady did not specify whether the case was legally or factually frivolous.

The attorney for the US Justice Department, however, has countered the appeal, urging the appeals court to uphold Judge O’Grady’s decision, yet still conceded that he would need to explain his reasoning about his decision.

Don’t forfeit your right to raise your children, call us today.