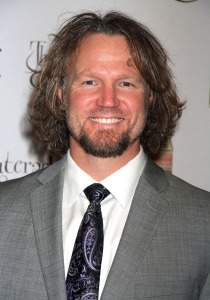 Kody Brown, polygamist Mormon and patriarch of the family starring in the reality show Sister Wives, has divorced his first wife, Meri, in order to be legally married to the fourth wife, Robyn.

Calling it a “restructuring” of their family, the Browns all seem to be happy with the decision, even Meri, stating that they “made this decision together as a family.”

The decision was made in order to give legal benefits to Robyn’s three children from her first marriage, Dayton, Aurora and Breanna.  Although Kody and Meri have one teenage daughter together, Robyn’s child, Dayton, had to undergo serious eye surgery.  The now legal arrangements of the marriage between Kody and Robyn now grants Robyn’s children legal benefits, such as health insurance.

The polygamist family has a total 17 children altogether, and the other two wives, Janelle and Christine, have not yet been legally married to Kody.

If you are considering divorce, or if your spouse has recently filed papers, your first step is to get an experienced divorce attorney on your side.  A divorce attorney would help you stand up for what rightfully belongs to you from the relationship and, in the event of the case becoming contested, would represent your case in the courtroom.

Don’t chance losing everything just to save a handful of money.  Call us today to ensure that you get the most out of your divorce.