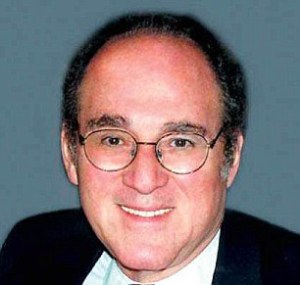 Millionaire Michael Mandelbaum, son of wealthy Minnesota Vikings owner David Mandelbaum, is trying to have his divorce with his wife, Debra Mandelbaum, dismissed from the court based on a legal technicality, the outcome of which could be worth “hundreds of millions of dollars.”

Their 20-year marriage, Michael claims, never technically actually happened, and that he should be exempt from divorce and the division of marital property if he was never married in the first place.

Although they have been married since 1993, their marriage license wasn’t issued until two days after their wedding ceremony.  Michael’s filing cites divorce cases where ceremonial marriages were declared null and voice based on the appellate court’s ruling that marriage licenses must be procured before the ceremony in order to be legally recognized.

Debra’s divorce attorney’s, however, responded by filing documents showing that, during their marriage, Michael behaved as if the two were actually married.  The documents include joint tax returns, deeds, and cards with messages such as, “For my wife,” and, “After 20 years of marriage, I’d marry you all over again.”

The two have been separated since last December after police were called to the Mandelbaum’s home and found Debra half-conscious at the bottom of their stairs.  Michael, Debra claims, pushed her down the stairs during a fight.

Strangely enough, much like the assault issue with Ray Rice punching his then-fiance in an elevator, Michael has been charged with third degree assault, but was accepted into a pretrial intervention program.  If completed, the assault charges will be dropped.

The two are expected to appear in court for their divorce in October.

If you are considering divorce, or have an upcoming court date for a recently filed divorce, you’re going to need an expert divorce attorney on your side.  Divorce cases can become nasty warzones where the two spouses fight over the split of their marital property, and a single legal technicality can be a major turning point.

Don’t face the court alone, and especially don’t face your spouse alone when they have an attorney on their side. Call us today to speak with an experienced divorce attorney and see how we can fight for your right to your property.