Home » Uncategorized » How do Tennessee Courts Decide Who Gets Custody of the Child?

How do Tennessee Courts Decide Who Gets Custody of the Child? 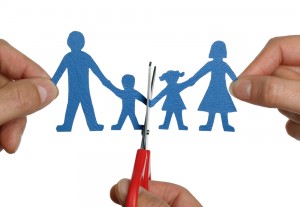 When going through a divorce, the division of property isn’t the biggest issue for most parents.  The court’s decision of who gets custody of the child often has a much higher priority in the eyes of parents than anything else.

Before you step into the courtroom, take a moment the familiarize yourself with the deciding factor involved in Tennessee courts for who gets custody of the child.

According to Tennessee Code – Volume 6A, Title 36, Sections 36-4-106, the following factors are the main points that Tennessee courts consider in child custody cases:
(a) the love, affection, and emotional ties between the parents and child;

(b) the importance of continuity and the length of time the child has lived in a stable and satisfactory environment;

(c) whether there has been any domestic violence or physical or mental abuse to the child, spouse, or any other person and whether a parent has had to relocate to avoid such violence;

(d) the stability of the family unit;

(e) the mental and physical health of the parents;

(f) the home, school, and community record of the child;

(g) the reasonable preference of a child over 12 years of age;

(h) the character and behavior of any person who lives in or visits the parent’s home and such person’s interactions with the child; and

(i) each parent’s past and potential performance of parenting duties, including a willingness and ability to facilitate and encourage a close and continuing parent-child relationship with the other parent.

A good child custody lawyer will be able to argue in your favor for each point, presenting the best possible case for your eligibility for custody.  Our child custody attorneys are some of the best in the state, and they will do all they can to ensure that you are given the right to raise your child.

Don’t wait until it’s too late, call us today to begin building your case.