Home » Uncategorized » Pras Michel Refuses to Pay Child Support, Even With an Income of $1.7M a Year

Pras Michel Refuses to Pay Child Support, Even With an Income of $1.7M a Year 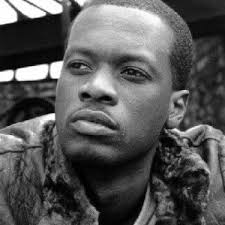 Sometimes, an income of $1.7 million a year just isn’t enough to account for a $4,000 a month increase in child support for your 4-year-old son.  At least, it’s not when your Pras Michel.

Michel, former Fugees hip-hop star, has been missing court dates and refusing to pay a better amount of child support to cover increasing costs, according to testimony by his ex-girlfriend.

Angela Severiano, age 38, appeared in a Manhattan Family Court, asking for a raise in the current child support arrangement from $3,000 a month to $7,000.  The increase, she claims, is to cover the increased costs of day care, birthday parties, and vacations for their 4-year-old son.

Michel, however, didn’t show up to the court date, making this his second no-show in six months.  He claimed that he only earns $300,000 a year, but provided no documentation to back up the statement.

Severiano counters this argument by claiming that the $300,000 income is from documents from 2012, whereas he has recently listed his income as $1.7 million on documents for a sublet in New York.

Michel’s attorney, however, disputed Severiano’s testimony and claimed that Michel was too sick to appear in court.

If you are unhappy with your current child support arrangements, you don’t have to simply deal with it.  Our child support attorneys are legal experts specialized in child support cases, and can navigate the labyrinth of legal exposition to ensure your child is given the best support possible.

Call us today!  The well-being of your child depends on it!