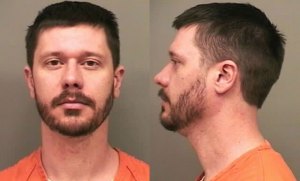 Joshua Stiles, a 38-year-old man, is a serial flasher.  With convictions stretching all the way back to 2006, the man seems to have a childish problem of enjoying flashing his gentials at women.  Recently, even more charges have been added to his list of crimes after being arrested and charged for indecent exposure in Clarksville, TN.

Stiles, a Cleveland, TN, native, turned himself in to Montgomery County Jail after hearing that Clarksville Police had a warrant for his arrest. His crime: exposing himself to women in Clarksville, as well as several more later in Nashville and Chattanooga.  He was booked on a $25,000 bond.

Stiles’s identity was discovered after one of the women he flashed in Nashville took his picture, which was then circulated online in a call to see if anyone recognized him.  When friends of Stiles’s in Cleveland, TN, recognized him in the picture, they called Clarksville Police to let them know who the man was.

Authorities believe that Stiles imagined he could expose himself in Clarksville and Nashville, nearly 200 miles away from Cleveland, where nobody would recognize him and then get away with it.  Yet, with the help of modern technology, officers were able to identify the man and put a warrant out for his arrest.

Stiles, however, was only charged a $50 fee, along with court costs, and released a few hours after his arrest.

If criminal charges have recently been leveled against you, the very first thing you need to do is find a skilled attorney.  Even though it’s possible to try and represent yourself in court, it’s an intensely bad decision to face a criminal court alone.  With years of legal knowledge and experience backing them up, the court will out manoeuvre you at every turn in a criminal case, and you’ll quickly find yourself facing the maximum sentence behind bars.

Instead, take your freedom seriously and call us.  Our criminal defense attorneys are legal professionals whose sole intention is to see that your freedom is protected.   They have studied the intricate laws of criminal court cases and know the best steps to take when the court is gunning to convict you with everything they can.